Yep, you guessed it – I’m still on Glasgow 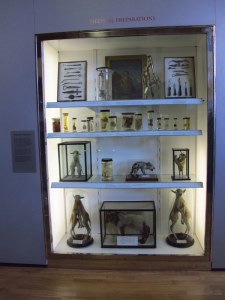 Specimen jars at the Hunterian, Glasgow

The Hunterian Museum and Art Gallery and the recreation of Charles Rennie Mackintosh’s Glasgow flat are in the grounds of the Glasgow University, so another walk to visit them today. The older university buildings in Britain really are treasures in themselves and the Hunterian is no exception, great lofty ceilings and ornate decorations everywhere.  I seem to walk around permanently looking skywards at times. The museum houses a hugely diverse collection – anatomical specimens in old fashioned glass jars, items from Captain Cooks voyages, Roman objects from the Antonine Wall – enough variety to keep even me, with my deficient attention span, entertained for hours. I guess, when you’re visiting so many places, it’s bound to happen, but, I was again disappointed, because the mezzanine gallery was closed for renovation – bugger! The art gallery and Mackintosh house are just across the road from the Hunterian, and because I had to cool my heels waiting for the next available tour of the house I had a look around the art gallery. Then I found all the James McNeill Whistler’s work – the Hunterian has the largest amount of his work on display in the world – and had to drag myself away for the tour. I think being on my own has helped opened my eyes to the benefits of going slow and learning to really look at art work. In saying that, I still find I need to mix it up and not go to too many of the same sort of places or I don’t appreciate them as they deserve.

The Mackintosh house was amazing, but, no photos allowed, and there were always two guides with the group to keep you on the straight and narrow. Then they told us how much one piece of his furniture was worth – and I understood their attitude! His ideas are so far removed from the norm at the time it’s not surprising he was not overly successful, the house and furniture would fit right in today’s world. I totally loved the tour, just wish we could have lingered at times but with another group hot on our heels we had to keep moving – at least I got to see it, that’s the main thing I suppose. 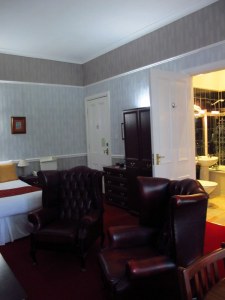 Is it a sign of something – being a nerd, tiredness, what? A couple of days ago, I realized I walk past a library on my home, so I’ve been joining the locals sitting there reading for an hour or so. I’m working my way through their books on Charles Rennie Mackintosh, Glasgow and art – it actually makes me feel less like I’m travelling too.

Oh, I forgot to write about my move next door too. I had originally booked 3 nights but decided to extend my time here and found the hotel had a studio apartment next door for £5 more a night than I was paying for my single room. What a bargain – and it’s fantastic, I absolutely love it!! 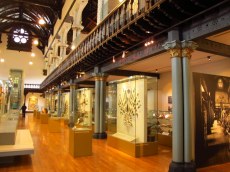 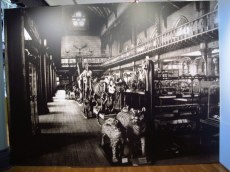 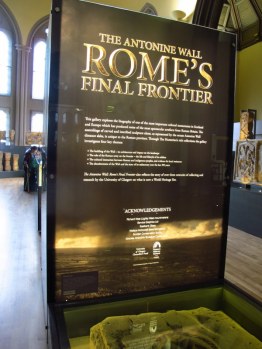 Roman exhibition at the Hunterian, Glasgow

Up close and personal in the Hunterian, Glasgow

From the Hunterian, Glasgow 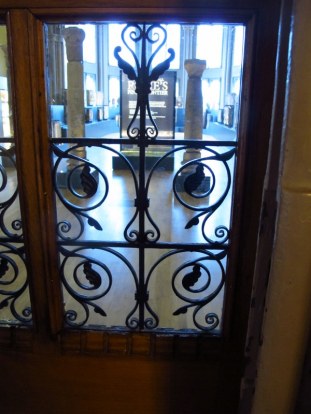 Just cool at the Hunterian, Glasgow 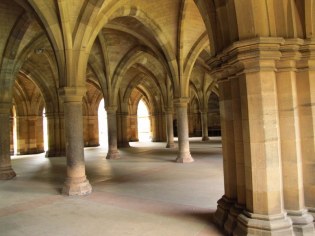 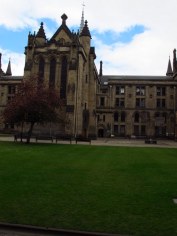 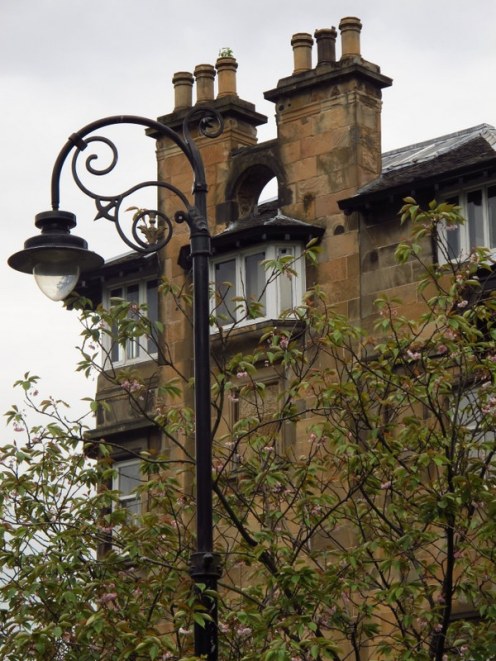 4 responses to “Yep, you guessed it – I’m still on Glasgow”