I didn’t see the Grand Old Duke of York, just the town. 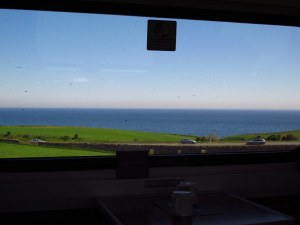 The colours are amazing on good days

I had a taste of first class train travel today, and I liked it very much. Nice and quiet and roomy, complementary drinks and food, and for some reason, when I booked it, the first class ticket was only £8 more than economy – what’s not to like? I guess the fact it was only a two and a half hour trip was why it didn’t cost much extra for first class, but, wow it was nice for a change. 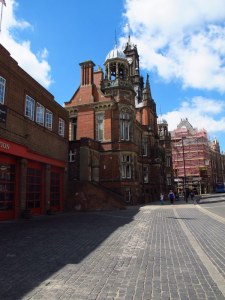 I also wussed out and got a cab from the station when I arrived, but then went for a few hours wander around the town, so I didn’t feel quite so guilty then. I’m not sure if this is a fitting description, but, to me, York seems a very English city. It’s a university town so that could explain it, but it just seems very tidy and correct and how I expected English cities to be. The people at the B&B were lovely and the town feels the same.

Mind you, it’s a bit like Edinburgh, in that you have to pay to visit most of the interesting places. I bought a 3 day York Pass straight away but will start using it one morning so I get a full three days use. The river banks were full to overflowing this afternoon, it was a beautiful sunny day and they were out making the most of it. I probably take good weather much more for granted than most residents of the UK! 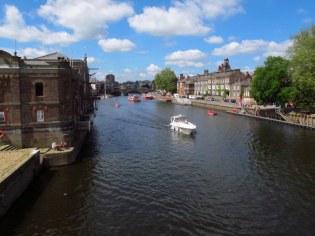 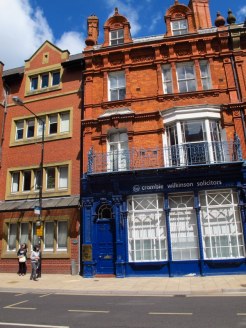 How cute are these – and they don’t fly and poo on you!!

Really good Pimms to be had at the cafe in York!

Between Edinburgh and York

Beautiful country between Edinburgh and York 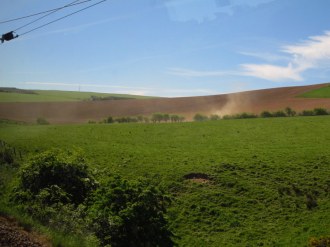 Someone ploughing up dust

English countryside between Edinburgh and York

Somewhere between Edinburgh and York

Also somewhere between Edinburgh and York

Ruins in the Botanical Gardens, York

Ruins in the gardens, York 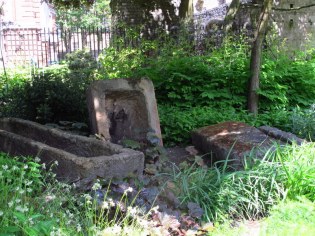 In the York Museum Botanical Gardens

Making the most of a nice day in York

Cool tent I saw that reminded me of a shower tent we had years ago – random!

2 responses to “I didn’t see the Grand Old Duke of York, just the town.”